We never ad it so good!

The train now arriving is unusual for me, because its come out of red boxes, rather than blue. Today the Thompson Suburban coaches made by Hornby are hitting the doormats, and the example here is one of the first that I’ll be using. Initial thoughts are these are as good as the earlier Gresley panelled suburban coaches, the only thing that lets them down for me is the prismatic effect of the window surrounds, though these are an improvement on window sections we’ve had in the past. The paint finish is excellent and matches the earlier Gresley coaches too. 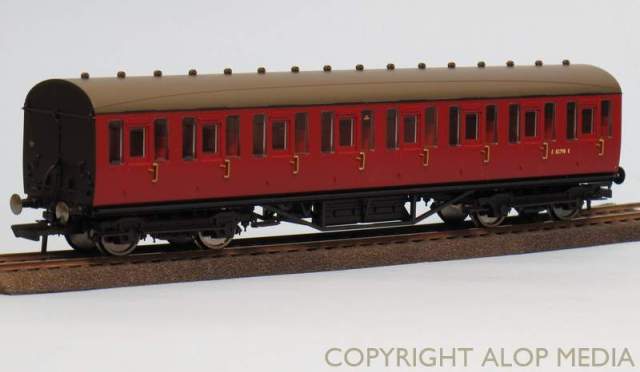 Whilst looking at the coach the Bachmann BR suburban coach I had on the bench caught my eye, and I thought it’d be interesting to do a quick compare and contrast on the overall effect of the respective coaches. Both models capture their prototype well, however, the execution of that capture are two very different approaches, which are also separated by a good few years of development. The Bachmann model is a recent release, the paint finish on this example is far superior to earlier releases.

Without being unfair to the Bachmann model it is more of a characature of the MK1 suburban coach when you compare it to either the Thompson or Gresley suburban models. Hornby chooses to have many individual components, the roof ventilators, door grab handles etc whereas the earlier Bachman model has them all integrally molded. The Bachmann coach has deeply recessed glasing, the window being a strip of clear plastic inside the coach body. The biggest difference is noticable below the solebar of the coaches. The Bachmann chassis has solid sections where the framework should be open, and the Hornby chassis is prototypical in the sections used for the framework, which gives an open appearance underneath the coach. Lamp irons on the Hornby model whilst molded to the body end, are finer than the Bachmann irons, giving the appearance that they are separate components.

All the above doesn’t mean the Bachmann model is a bad one, but it does underline how good the Hornby product is. The Bachmann coach can be improved with Shawplan’s laser cut glasing http://shawplan.laserglaze/ and etched underframe components from various aftermarket sources. The prices between the two models do however reflect their respective quality and production costs. Simply put the Hornby model in this instance will be be more expensive, theres more bits just for starters. This means of course that they are more fragile than the Bachmann equivalent shown here, so the Hornby coaches wont be suitable for those that like to model wearing welding goggles and boxing gloves. 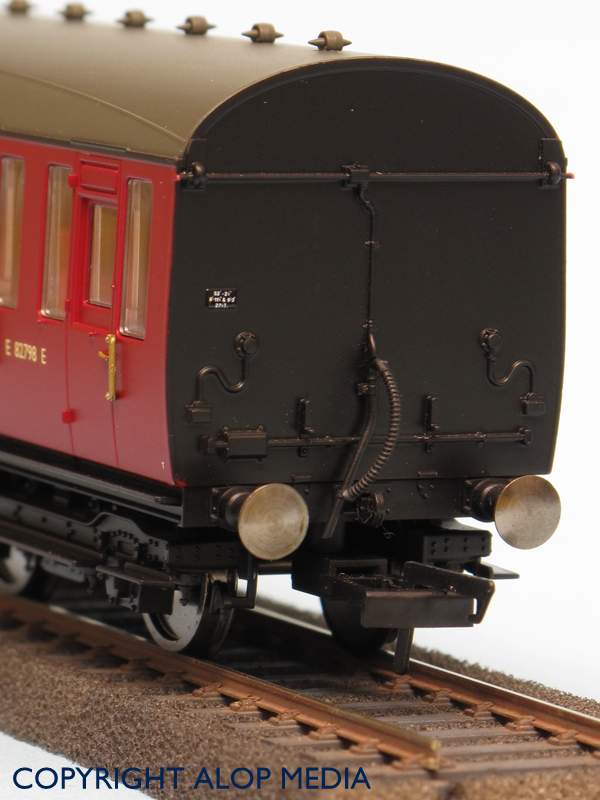 The Hornby coaches come packed in the standard red box and vaccuum formed carrying tray. My coach has managed to come from China to Blighty with no bits coming off, and none look like they are about to either.

If Hornby keep making products like this, I’ll keep buying them.

1 Response to The Train Now Arriving …