Throwback Thursday (just do it..) 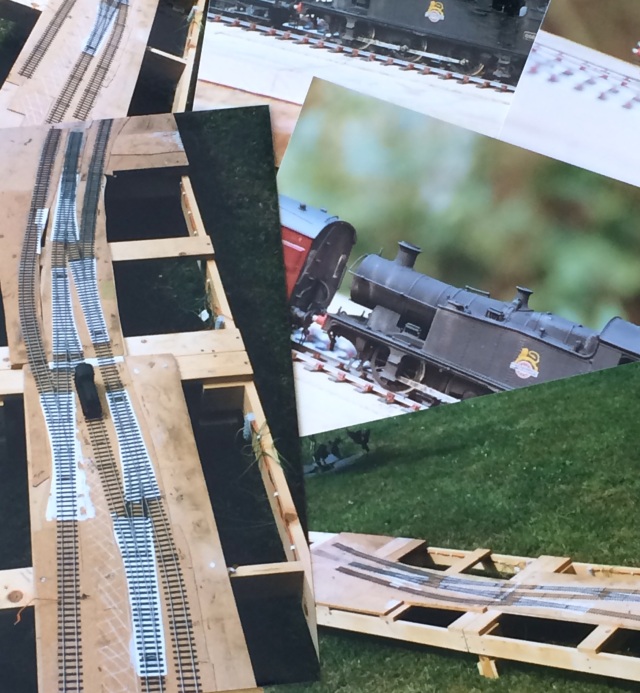 Today I’ve been tidying the workbench and office area where I do my modelling. If you’re like me that’s akin to rearranging the deck chairs on the Titanic for all the good it’ll do!  I did find some ‘artifacts’ though such is the depth of the stash of things I’ll one day need…

I did find a few sets of images a grouping of them can be seen above. They show some of my first efforts of a finescale solo build. This was early 90’s the 56XX a mix of a Mainline body, Perseverance chassis, Ultrascale wheels (EM),and Portescap motor, again an early foray into solo modelling rather than as a club or society member. The layout and track were built by myself learning the hard way. The most challenging element were my first points. These were from K&L components and were the forerunners of the C&L range. There were no kits available, just buy the templates and get on with it. MRJ since issue ‘0’ has been an excellent  conduit of ideas and construction articles. I read the reviews and test builds of the track by Pete Kirmond and that gave me confidence to press ahead, by a few twists of fate Peter has subsequently become a very good friend indeed, and we operate each other’s layouts at exhibitions. 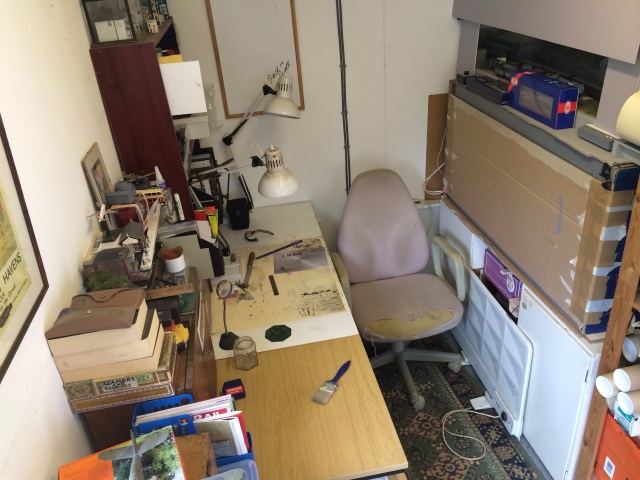 Getting into clearing the work area was a bit like the track building, a bit of knowing you should do it, a bit of what if it doesn’t go as planned, and eventually a good amount of ‘f### it’ it’s not going to do it itself, and pulling the trigger on it! Once starting it of course isn’t as bad as you think, and the sense of satisfaction of that first point working, knowing I’d built it was almost empowering!, the very same for the 56XX, a model built towards the top end standards of the time, built by me, and working! 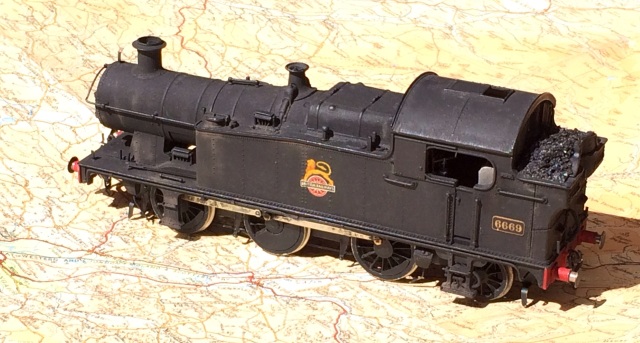 The 56XX is still with me, seen here on a 1930’s OS map of my late fathers. Both reminders of ‘where I’ve come from’ and what I can do if I want, I don’t need to wait for others, as Nike says ‘just do it’. It doesn’t always work, life’s like that, but it is what it is, not driven by dancing to the tune of others.

Now where’s the dustpan and brush? Back to reality..

1 Response to Throwback Thursday (just do it..)