In pretty much the first posting on this blog I wrote that work on Albion Yard had stagnated, I’d also had an accident with the layout in storage damaging some of the track, and that has pretty much been the case until today. Having made space in the garage I re-assembled the layout with an idea of make or break. Part of this had come from a visit to Gloucestershire to see a friends new layout in development, based on a large US roundhouse, and chatting to other friends over the weekend at Roy Jacksons ‘Retford’. Two things were apparent, that I’d done a lot of work on Albion Yard and that it was close to being finished, (obvious really, but sometimes you see can’t see the wood for the trees), and secondly that there was still a good amount of useful development and practise to be gained from completeing it, particularly with other projects I have in mind. Seeing the roundhouse and some of the lighting and display ideas we talked over and tried out, fired up the enthusiasm for finishing Albion Yard.

Whilst at Gloucester we drove across the Severn and into the Forest of Dean, and area that has held a considerable amount of interest for a while. I was looking for various bits of the Forest Railways, and it was only today messing around with Albion Yard in the garage that it dawned on me what to do with it. Whilst the layout has not had any ‘focus’ it’s been useful to use it as a photography set, and has been used often to shoot stuff for the interweb and occaisionally magazines. Today the lack of focus snapped into a clear vision of what it should be, and the fact that there was little prototypical direction as such was apparent as part of the reason for the stagnation. It hadn’t mattered if I didn’t do something because there wasnt a need for any regional or specific layout design element to show through, and whilst it was ‘OK’ it didn’t have that spark to work on it. From the field trip and the weekends discussions, I realised that the layout could be ‘placed’ at Cinderford, and therefore I had something to ‘build’ with a clearer idea as to what the final layout should be. At Cinderford there was a flat area at the north end of the town, which is now an industrial area, this is where the layout will sit. I can now have a low backdrop of hills and trees and many of the buildings I’ve built previously will work on the layout as is. There’s scope for run down light industry units and it will be set in the early to mid sixties again giving a specific focus for the stock and locomotives. 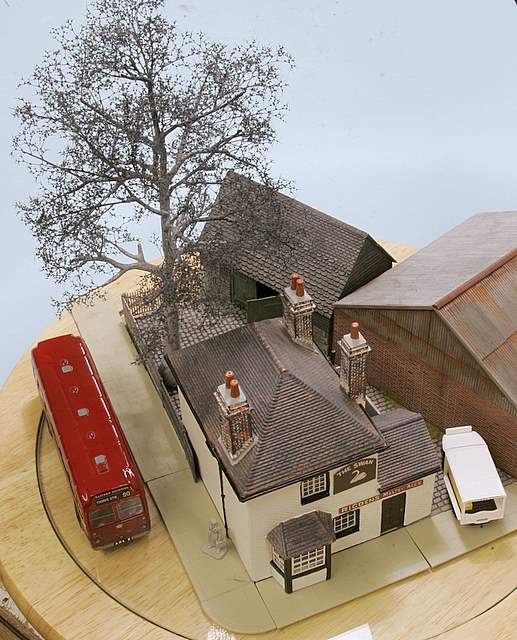 I’ve also been fortunate enough to get access to a very good selection of ‘Forest’ images of the era which will help in building the atmosphere. So I now have a clear direction of what I want from the finished product, and it’s taken nearly nine years to get here. However thats not a bad thing, I’ve tried lots of things along the way, and two other projects should also dovetail into this resurection of Albion Yard. 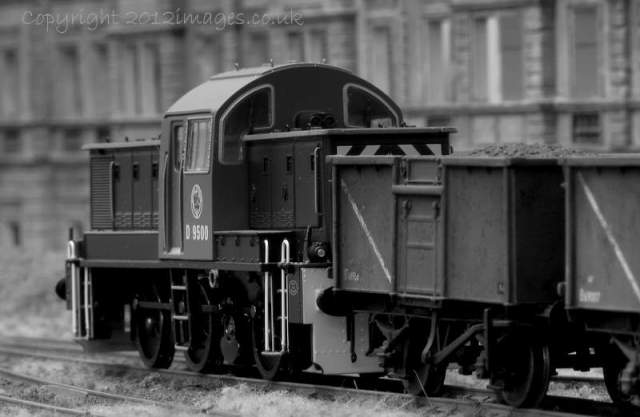 For the first time in a long while theres a very definite path for this layout ahead, and again it’ll serve its purpose as a test piece for me, and I’m quite excited about that!