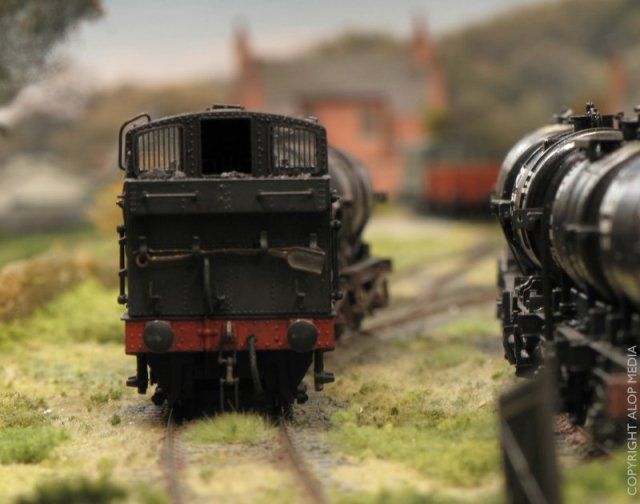 The layout doesn’t go to many shows and will only got to a couple of shows before its retirement in 2013. One up and coming show with a good mix of model and prototype interest is Model Rail Live at Barrow Hill, Chesterfield. When I wrote about the layout and its development in Septembers Railway Modeller albionyard.september/ I felt the layout was finished.

However, you know how it is, that unfinished business feeling crept up on me and now I’ve been doing a bit more to it. Part of it has changed noticably, and theres a final bit which is still in progress which will significantly change the operation of the layout.
And no, its not going DCC!