Well the layout very nearly was matchwood let alone a log on last Thursday afternoon. On test set up, I always do one prior to an exhibition, the layout had developed an intermittent short circuit that was defying all attempts to trace it. After an hour of wire chasing the only item left unchecked was the thirty year old H&M walkabout, but it seemed to be ok, until I had a Eureka moment with as I changed direction of the locomotive, there was a surge of power to full on as the rocker switch finally failed. One direction a full short, the other full ‘on’ and centre off, working just fine! This left me on the afternoon before the show without a good controller. The DCC was checked and that worked ok, but meant two locos for the whole exhibition if the DC controller couldn’t be replaced or repaired. A quick call to a local team of layout builders www.thegoodsyard resulted in Richard digging out from their building stock a Gaugemaster Model W walkabout controller. This was quickly wired up and tested, which gave me reasonable running, certainly enough to get us going on the Saturday. The day went well and the layout ran well, but it was frustrating for all four of us that the locomotives weren’t working as well as they usually do. Some loco’s the 45XX for example seemed to thrive on the new controller, so we chose to run the engines that responded better.

Late Saturday afternoon one of the Gaugemaster team was looking at the layout and I mentioned that the running wasn’t as good as I thought it could be, and he suggested that we try an ‘HH’ feedback controller, which they had in stock. Sunday morning we set up the DCC sound panniers and kicked off with those, whilst I got a feedback controller and Pete wired it up. That too had its challenges in the DIN plug pins were a different diameter so it had to be swapped and re-wired! Once done we changed back to DC and tried the new controller, and it was just like having the H&M back! We stayed with that the rest of the show, and that made a huge difference to the enjoyment for us as operators, restoring the movement qualities to those we were used to. 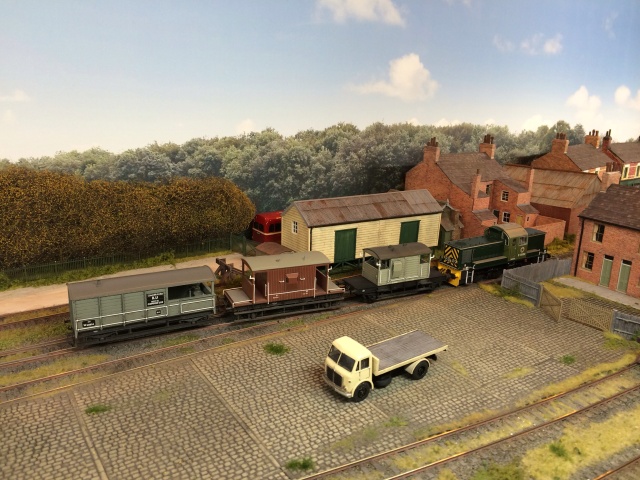 We had a good number of visitors who came and said hello, from readers of the blog/forums/and some of my scribbling in the mags, and it was a pleasure to see all of you. Whilst the layout is ‘retired’ it will have a bit of research and development thrown at it before its recycled. The pictures above are of the last train out of the yard at Warley on the Sunday, watched by only two people, it was probably not too far removed from the truth had the line existed!

Finally thanks to the exhibition managers who had the faith in inviting the layout to their exhibitions, and very importantly thanks to the team that helped me through the shows, Al/Ian/Pete/Phil/Simon/John who all made taking a layout out with my name above the door, such a rewarding experience. 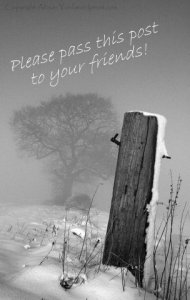