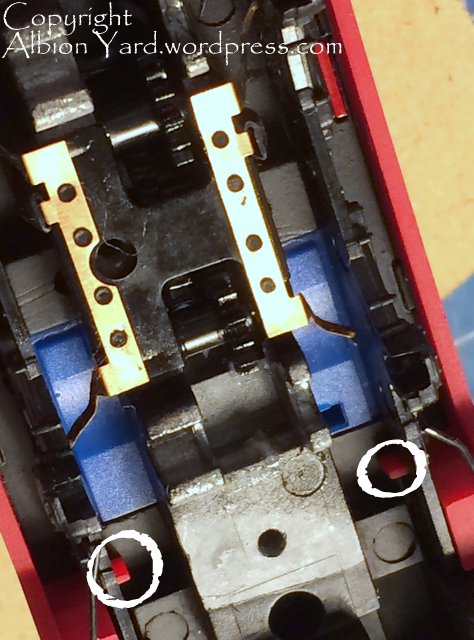 In a shock development today, a fault was found in the internet! A factual error was discovered on a posting made yesterday ….

Yup I’ve had a better opportunity to look at Hornby’s Sentinel and realised that the outside frames which I thought were part of the main chassis are in fact plastic mouldings, and are held in place by the tabs marked ‘O’ in the above image. My initial thoughts, (now revised), were that the design was potentially a difficult gauge swap for an EM/P4 modeller. The fact I’ve now realised I was talking shite means that it may be a far easier conversion than I originally thought. A sort of RTFM moment! Whilst I’ve not had the full chassis apart I think the sideframes will be removable, this means that Hornby aren’t tooling a different chassis for the outside crank version they appear to be considering, (more design clever, or bleedin obvious).

I should have thought this through better yesterday, And looked … Doh! Fancy that, a bloke admitting he was wrong on the interweb, now thats what I call a ‘limited edition’ :0)